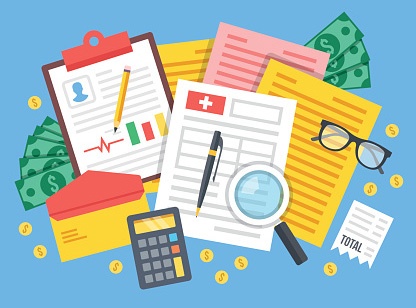 Broker FAQ: What's The Difference Between UCR and MAC in DPPO Plans?

As a dental insurance broker, you know the business is full of acronyms like DHMO, DPPO, MOOP and CYM. Naturally, your clients might have questions about these abbreviations and the concepts behind them, like the differences between DHMO and DPPO plans. If you can take seemingly complex topics or terms and break them down for inquisitive clients, you’ll not only gain their attention, but also their trust and hopefully new and continued business.

One of the selling points of dental PPO (DPPO) plans is that members have the flexibility to visit both in- and out-of-network dentists. Rather than co-payments like in dental HMO (DHMO) plans, DPPO members are responsible for paying a coinsurance—a percentage of the total charge (negotiated fee or out-of-network allowed amount) established between the plan’s network dentist and the insurer.

When members see a provider who is not part of their insurance plan’s provider network, the patient responsibility is usually higher because out-of-network dentists do not have a fee agreement with the insurance company. When a service is received at an out-of-network provider, the insurance company's payment amount is based on either UCR (Usual, Customary and Reasonable) percentages or MAC (Maximum Allowable Charge) rates, depending on the plan design.

What is the difference between UCR and MAC?

Questions often arise on whether a DPPO plan pays based on UCR or MAC fees, and what these two concepts mean for members.

UCR stands for Usual, Customary and Reasonable. UCR percentiles for dental procedures and services are associated with what’s been measured in a specific region. Insurers set UCR percentages by utilizing benchmark data gathered by a third party like FAIR Health, or by calculating their own claims data for specific procedures within a certain geographic area and setting related UCR values at a level where most of the providers in the data—usually around 80 to 90 percent—have charged that amount or less.

How does a UCR-based plan work?

For example, a member visits an out-of-network dentist for a root canal and the member’s PPO plan covers the root canal at 50 percent of the procedure cost. The insurer’s UCR rate for this root canal is $1,500. If the dentist charges $1,000 (which is BELOW the UCR rate), the plan will pay $500 (50 percent), and the member must pay the remaining $500, assuming that the member has met their deductible for the plan previously.

What if the dentist charges more than the insurer’s UCR value? Let’s assume the dentist charges $2,000. The member’s insurance plan will still cover the procedure at 50 percent, but since the insurer’s UCR rate is $1,500, the plan will pay $750. That means the member is responsible for coinsurance of $750, and the remaining $500 balance—a total of $1,250. Quite a difference!

The bottom line: there are clear cost consequences for members, depending on which provider they visit for treatment. So make sure to arm your clients with the knowledge they need to reduce their costs

What about MAC-based plans?

Let’s go back to the root canal example from before. The dentist is charging $1,500, and the member’s plan still covers the procedure at 50 percent. The insurer’s in-network negotiated fee for the root canal procedure is $900, so the plan will pay $450 toward the $1,500 procedure. Now, the member is responsible for a $1,050 balance.

Staying in-network can save your clients money on a MAC-based plan. So make sure they know it!

What are the advantages of each?

MAC plans can reduce premiums, and are advantageous when the majority of a group’s providers participate in the insurer’s network. Groups that have not had dental coverage before can benefit from a MAC plan because the premiums are lower. Also, these plans help members become accustomed to how an insurance plan works.

UCR plans can help members get maximum out-of-network providers, and are therefore also good for groups with employees in remote areas.

While DPPO plans offer members the freedom of visiting out-of-network providers, doing so can come with a cost consequence. While UCR-based plans pay toward out-of-network procedures based on the average of local data, MAC-based plans pay based on the agreement between an insurer and its in-network providers. Explaining to clients the methodology behind member responsibility can shed light on what might seem to be a complicated topic.

If you're looking to further hone your knowledge as a health insurance broker, click below to access FREE CE CREDITS to take courses online through our partnership with WebCE! 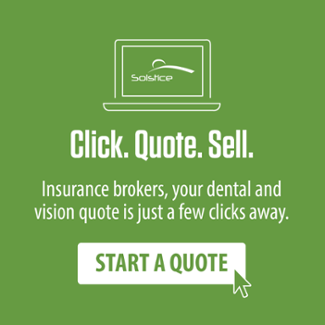 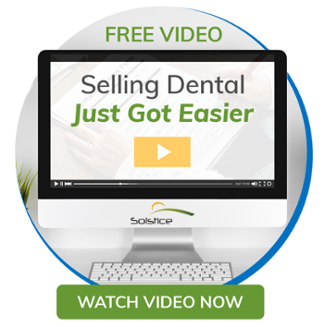